Despite suffering throughout the year due to Covid-19, we did enjoy our last quarter of the year with lots of Cricket. Due to lock-down, it was not possible to arrange IPL in India, so BCCI decided to play IPL in UAE. The tournament was held in a bio-bubble amid the Covid-19 pandemic. In this post, I am going to share the list of IPL 2020 awards.

The only thing missing during the entire IPL was fans in the ground. Due to safety majors, officials decided not to open the stadiums for the crowd.

60 matches were played in the IPL 2020 and Mumbai Indians become the Champions. They defeated Delhi Capitals in the final who played their first-ever final in the history of IPL.

Here we have list of all winners of the IPL 2020 awards:

The 2020 Indian Premier League Final was played on 10 November 2020 between the Mumbai Indians and the Delhi Capitals at Dubai International Cricket Stadium, Dubai. It was a Day/Night Twenty20 match, which decided the winner of the 2020 season of the Indian Premier League (IPL), an annual Twenty20 tournament in India. The defending champions, the Mumbai Indians, retained the title by winning the match by five wickets. This was the fifth IPL title for the Mumbai Indians, having appeared in the finals six times. This was the first IPL final appearance for the Delhi Capitals.

What is the prize money for IPL winning team?

The winner of IPL 2020, Mumbai Indians received a surprising amount of Rs. 20 Crores. Where the runner up team got Rs. 12.5 crores. 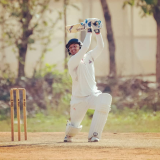